You Were Fabulous! .....Sybil Connolly, The Coco Chanel of Merrion Square


* I'm not just interested in history & sport - the life and career of Sybil Connolly - an Irish fashion designer who dressed Royalty and took tea with Liz Taylor & Jackie O in Dublin in the 60's - has long fascinated me....here's a piece I wrote on Sybil. 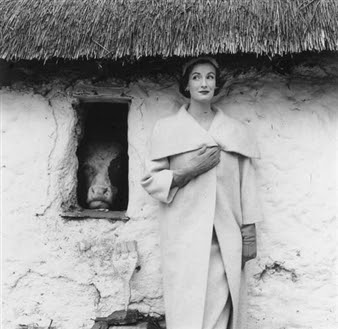 Model Wenda, with Friend In A Sybil Connolly Coat for Vogue, 1953

In the 1950s, at the peak of post-war chic, if the editors of Vogue or Harper’s Bazaar and their glamorous readers were aware of Ireland at all, it was for one reason, the remarkable Sybil Connolly.

Self-made, self-invented and brilliantly talented, the girl born in Wales to an insurance salesman father from Waterford and a Welsh mother became a Dublin-based couturier and was the Irish fashion industry in the ‘50s and ‘60s.

In many ways, Sybil Connolly was Ireland’s Coco Chanel.

Connolly dressed the world’s most glamorous women, from Jackie Kennedy and the heiresses of the Rockefeller, Mellon and Dupont families to movie stars such as Merle Oberon, Grace Kelly and Liz Taylor.

She clad them all in Irish linens and tweeds, in cowls inspired by nuns (for whom she also designed, dressing three different orders) and the red flannel seen in traditional west of Ireland petticoats.

Sybil was also brilliant at selling herself, spinning tales for the likes of Vogue and Life of how she had chanced upon the red petticoat on a misty morning walk in Connemara, stopping off to take tea in a fisherman's cottage. Toora-loora-lay. It was pure blarney. But it worked.

In the 50's and 60's Sybil regularly travelled by jet to the US and Australia, meeting clients, working rooms, hob-knobbing with the jet-set. Selling, selling, selling. She entered into licensing deals with major US department store chains, pushing the Connolly of Dublin label in the kind of deals & tie-ins you may have thought only came about in the '80s. 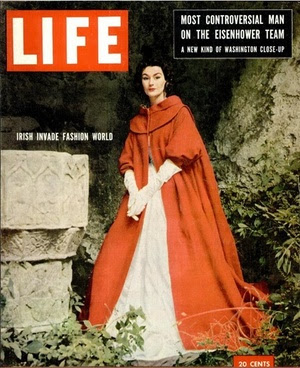 A striking, dark-haired “Irish colleen” herself, Connolly lived in a beautiful home in Merrion Square in Dublin, drove a series of hand-built, Bristol sports cars and spent much of her year hosting her own fashion events across the US, Europe and Australia.

One of gorgeous Bristol 503's - in special order midnight blue - can be seen in the background of this very of it's time clip from the late 1950s.

She had been educated by the Sisters of Mercy in Waterford and apprenticed to a fashion house in London at 17, but moved back to Dublin at the start of the Second World War, to work at a dress-makers on Grafton Street.

Speaking with the kind of cut-glass accent that might have made the young Queen Elizabeth II feel common, she would only work with Irish fabrics and refused, with a steely determination, to compromise on her principles or follow trends.

Her clothes were romantic and came with Blarney-infused tales of inspiration found on misty mornings in the fishermens’ cabins of Connemara. But she was also a brilliant, trail-blazing businesswoman who networked her way to the very top of the US fashion industry and gave great sound-bite.

“No woman can be truly elegant until she is over forty,” she once told a US fashion editor, with, no doubt, one eye on the egos of her typical client.

And when she voluntarily withdrew from the fashion business in the early 1970s (some said she never truly got over the mini-skirt), Connolly did so with characteristic elegance.

“There comes a time in everyone’s life as a designer when you have to decide whether you want to create the beautiful or the merely fashionable. Sadly, there can be a conflict between the two,” she said.

Sybil Connolly did go on to have an equally successful second act in her professional life, even if her reputation as a couturier and as a remarkable Irish woman faded through the three decades between her graceful exit from frontline dress-design and her death in 1998.

A recent exhibition in Brown Thomas on Dublin’s Grafton Street, where Connolly had her business for years, reflected a reborn interest in Sybil Connolly.

With original drawings, exquisite maquettes (doll-sized but meticulously stitched dresses shown as samples to customers) and couture creations from Limerick’s Hunt Museum Collection, it was a dazzling display of high fashion from a true Irish original.

And it is fitting that Connolly’s best work was on show alongside the latest work of 13 young Irish designers, showcased across as floor of BTs as a pop-up installation titled Irish Designers Create. 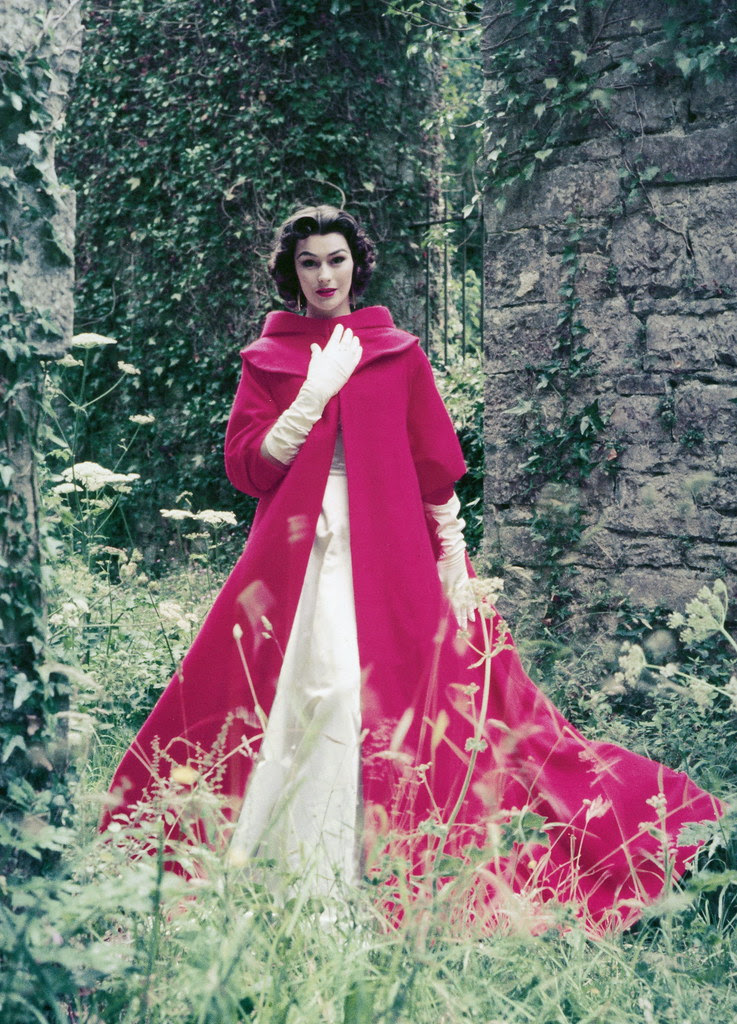 I talked to Hunt Museum director Hugh Maguire, who said: “Sybil Connolly embraced native Irish materials, linens and tweeds in particular, in a way that hadn’t really been seen before in high fashion,” he says.

“She caught the eye of the American public and press in particular, she established a major reputation within a certain elite in the US and that promoted this vision of Ireland as a place of quality and craftsmanship, and romance.”

The Celtic romance of linen and tweed appealed greatly to Jackie Kennedy, who was a personal friend. Her official White House portrait with her children features Mrs Kennedy wearing a signature Sybil Connolly pleated linen skirt and cotton blouse.

And when Jackie visited Dublin in 1967, she was a guest at 71 Merrion Square, where Sybil lived in some style and elegance in what she always told friends was “The House That Linen Built”.

Only special clients would be received in the drawing room of her Georgian home, with its yellow silk wall-coverings and discreetly placed photographs of famous clients.

She was a devout Catholic who never married, telling a British newspaper in 1957 that “for the moment, I like to buy my minks and diamonds myself”.

Miss Connolly preserved a certain haughtiness and disdain for “mere fashion”, right up until the end of her life.

A disciple of the iconic Parisian designer, Hubert de Givenchy, she shared the great man’s views of the brash new designs emerging from the house of Givenchy after he had sold it in 1988.

“A total disaster,” he told a reporter. Now in her 70s and very much of the old school, Miss Connolly said she simply could not comprehend “why young people today set out so deliberately to make themselves look so awful”.

Very Sybill. Proper to the end.

Sybil - interviewed on Irish TV after she retired from clothes design.
/